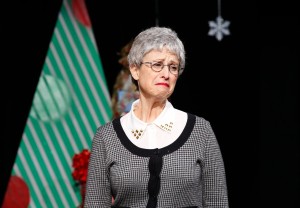 “It’s Maggie Cain as Mrs. Claus that steals the show, though. Her comedic timing is impeccable, whipping out one-liners with a dryness that comes only from years of practice and a natural gift.”

“Silkaitis has her talented crew squeezing every funny aspect out of Renaud’s ballsy script…the audience was cackling so hard, I missed several lines.”

“Our Mrs. Claus (Maggie Cain) is a master of the critical eyebrow and the slow burn punchline.” 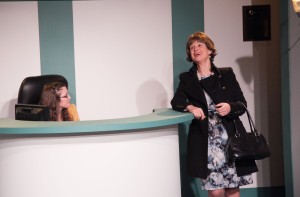 “My favorite scene is when the confident Maggie Cain (Barbara) bursts into the reception area. She dazzles Begley with her newfound independence. Cain plays career guru perfectly. When she gives Begley her card to come to a seminar, I want to go, too.”

“A masterpiece rendered in all its fragile beauty…If the best-of-the-year lists were not already signed, delivered and sealed, I’d be ripping them to shreds.”

“Cain’s Amanda is a shrew, a caricature of a Southern belle, and a brave and resilient woman determined to keep her family afloat at all costs. It’s a wonderfully shaded piece of acting.” 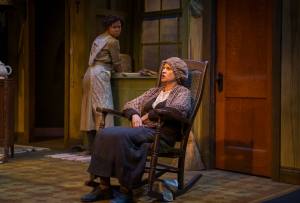 AROUND THE TOWN CHICAGO – Alan Bresloff: “…the hilarious Maggie Cain as Granny (after just seeing the new “Beverly Hillbillies , the Musical, I can tell you that this Granny is even funnier than that one)” 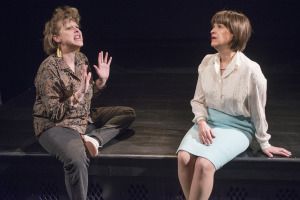 CHICAGO ON THE AISLE – Lawrence B. Johnson: “Brandon’s mother is brought into vivid focus through the measured, nuanced presence of Maggie Cain”. 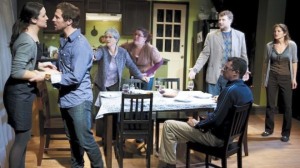 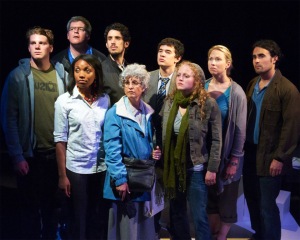 THE FOURTH WALSH – Katy Walsh: “A standout, Maggie Cain closes the show with a hysterical portrayal of a lonely old lady.” 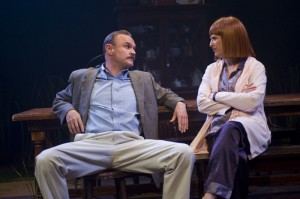 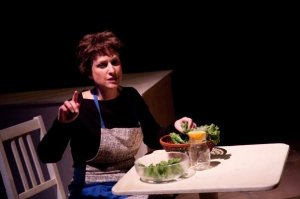